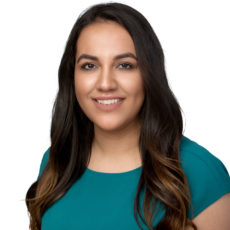 It was a winter evening on January 18, 2010, and Sadaf was sitting with her father planning her 15th birthday that was just two weeks away. They talked about the details of the party and who she would invite, but also about boys, friends, family, travel, school, her career and her future. They were talking for about three hours but it seemed like minutes. During their talk Sadaf’s dad, Abdul Salam Rahimi, a professional painter, got a call from one of his employees, saying he couldn’t make it to work the next day. This person was supposed to hold her dad’s scaffolding while he painted a 40-foot-high ceiling.

Her dad asked her if she could skip school the next morning to come help him at work and hold his scaffolding. Sadaf sometimes went to work with her dad on the weekends and helped him tape corners, but she had an exam to prepare for so she told her dad she had to go to class. Her dad had never asked her to skip school before and Sadaf wondered what went through his head at that moment to have asked her that.

The next morning while she was getting ready for school, her dad poked his head into her room and asked one last time, “Are you sure you don’t want to come to work today?” Sadaf replied, “Yes dad, have a good day at work.” “Okay. Bye, sweetie.”

On January 19, 2010, Sadaf’s dad went to work to paint the ceiling of a building in downtown Vancouver. His friend went out of the building for a minute, and her dad’s scaffolding started rolling. It caught onto something on the floor and it tilted. Her dad immediately fell off the scaffolding from 40 feet above and landed on the hard floor suffering a fatal head injury.

When Sadaf returned home from school, neighbours said her dad had fallen and broken his leg. They drove her to the hospital where she saw her mom. Sadaf will never forget the look on her mother Zakia’s face when she said her dad was in a coma. Then the doctor came in and told them that her father wouldn’t make it through the night.

“My father, my best friend, was leaving me even though he promised to be by my side always. I had to say good-bye to him, good-bye forever. It was so hard, knowing that I would never see him, hug him and hold him ever again.”

Sadaf’s family had already endured much hardship to live and work in Canada. In 1995, her parents escaped the war in Afghanistan with their two young children and fled to Russia, where they lived in poverty for nine years. In November 2003, when Sadaf was nine, they finally left Russia and flew to Canada. “The happiness and relief I saw in my parents’ eyes as we sat in that plane and left; I was a child but I still felt it and I will never forget it.”

Sadaf’s father passed away when she was only 14 years old, so she didn’t realize the financial impact this would have on her family. Her mom stayed strong and never showed her children a sign of stress or depression. “She didn’t work, she had four young children all under the age of 16. She was in a country where she barely knew the language, but she stayed strong for us.”

Sadaf urges everyone to take every opportunity to ask if the job they’re going to do is safe. “Don’t hesitate to say no if you don’t feel comfortable doing the job. Your life is so important, more important than the job that needs to get done. You are irreplaceable.”